About Us » Leadership Team 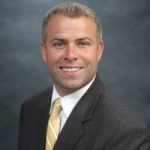 David T. Daly, Founder and CEO, began his EMS career as an EMT-Basic in 1993. A graduate of St John’s Prep in Danvers, MA, David attended Syracuse University and graduated from New Hampshire Technical Institute where he received his Degree in Paramedicine in 1997. After graduation, David worked in a variety of supervisory EMS roles in the Merrimack Valley.  Simultaneously David started several other successful companies, The Daly Group LLC, a real estate planning and development company and Daly General Contracting, Inc. a regional builder of residential and commercial projects. These companies have completed many high profile construction projects in the Merrimack Valley, Southern New Hampshire, and Southern Maine, some attracting national praise and attention.  In 2006, David turned his attention back to EMS, founding PRIDEStar EMS. Inc. and in 2018 PRIDEStar Student Transportation LLC.  His goals were to create a patient and employee centered organization that transformed inter-facility medical transportation and to provide a superior level of care to adults and children requiring unique, specialized transportation. Mr. Daly sits on several local non-profit boards and supports a wide range of charitable organizations through his extensive philanthropic activity. David lives in Lowell with his fiancée Melissa and their daughter Kennedy. 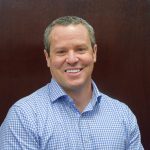 Bryan Shanley joined PRIDEStar EMS in January 2008 as VP, Director of Business Development. He assumed the role of EVP/COO in 2011. Before joining PRIDEStar, he worked in sales and marketing positions at large national organizations. Bryan is active in numerous charitable and nonprofit organizations within the Merrimack Valley and Southern New Hampshire. Mr. Shanley is a graduate of the University of Massachusetts at Lowell and received his MBA from Franklin Pierce University. He resides in Lowell, MA with his wife Kaitlyn and their two children, Vivian and Keegan. 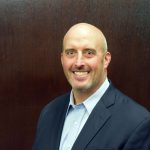 Jonathan Miller is the Chief Financial Officer and Executive Vice President- Real Estate and Finance, for the Daly Holding Company, Inc, which owns and operates, The Daly Group LLC, Daly General Construction, Inc., Pridestar EMS, Inc. and Pridestar Student Transportation, LLC. Since 1996, Jonathan has enjoyed a career focused in management and finance as well as in the Banking industry. He has been an active member of the community serving as a board member or on a sub-committee on a number of  area nonprofit boards and has coached youth sports in Lowell, Charlestown, and Newburyport. He currently lives in Newburyport with his wife and two children.  Jonathan holds a B.A. degree from Brown University in Organization Behavior & Management. 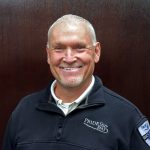 John Hebert joined Pridestar Trinity EMS in May 2013 as a Paramedic Supervisor before taking on the role of Director of Operations in 2015. He has been in the Emergency Medical Services field  since 2000. John has climbed the ladder in EMS holding the positions of EMT, Paramedic, Operations Supervisor/Manager and now Operations Director. He holds a B.S. Degree from Merrimack College and has been involved in a variety of charitable organizations in the Greater Lowell area. John resides in Lowell with his wife Kellie and their three children Allison, Jonathan and Madison. 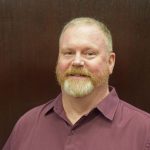 Dave has enjoyed a vast career in the Emergency Medical Services Industry dating back to 1982. He was a founding member of “P1” in Lowell and a paramedic for 23 years. In 2005 Dave earned his Registered Nursing license and worked in the Cardiac Cath Lab at Lawrence General.  Mr. Green joined the team at Pridestar Trinity in 2009 and is currently part of our Management Leadership Team as the Director of Clinical Services and Education. Dave lives in Windham, New Hampshire with his wife and young children. 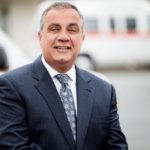 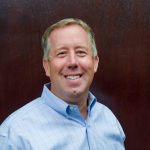 Chris first joined Trinity EMS, Inc. in 1991 as a wheel chair van driver during his time at college. After moving on to a successful career in the hospitality and then the banking industry, Chris returned to Trinity in 2008 as Director of Business Development and Marketing. During the PrideStar EMS acquisition of Trinity EMS, Chris played an integral role in helping facilitate the purchase, integration and transition of the two companies. He joined the Management Team at Pridestar Trinity EMS as the SVP of Public Relations and Marketing in 2021.

Chris has deep roots in Greater Lowell. He serves on numerous non-profit boards and committees throughout Lowell and Haverhill. He has been an active member of the Board of Director for the YMCA of Greater Lowell since 2003. Chris was also one of the former founders of the Young Professionals of Greater Lowell.

Chris is a graduate of Tewksbury High School (’90) and received his Bachelor’s Degree from Johnson and Wales University (’94) in Providence, Rhode Island.

Chris is married to his wife Elizabeth and resides in Tewksbury. While not busy with work and his non-profit roles, he helps raise (and coach) his three children – Abbey, Brody and Tyler. 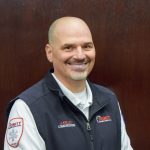 Jon started in the EMS industry earning his EMT patch in 1994. Over the next two years he worked in EMS and joined the Trinity family in 1997 as a full-time dispatcher. Although he truly enjoyed dispatching, he found himself on the ambulance working as an EMT. Jon’s knowledge of EMS and technology grew throughout the years and in 2013 was promoted to Dispatch Manager for Trinity. His leadership in dispatch shined and his innovative thinking awarded him another promotion in 2015 as Director of Communications and IT.

Jon has represented Trinity at a Town, State and Country-wide level as an expert in EMS technology and systems. Jon has been a topic presenter at various industry events. In 1998 he was named the NorthEast EMS Region 3 EMS Dispatcher of the Year. Jon served as a Military Policeman with the Massachusetts Army National Guard from 1990 to 1996. He also holds a degree from UMass Lowell in Criminal Justice.

In September 2018, Jon presented overseas in China  at their Ambulance Forum where leaders from across China and the World gathered to discuss emergency care. 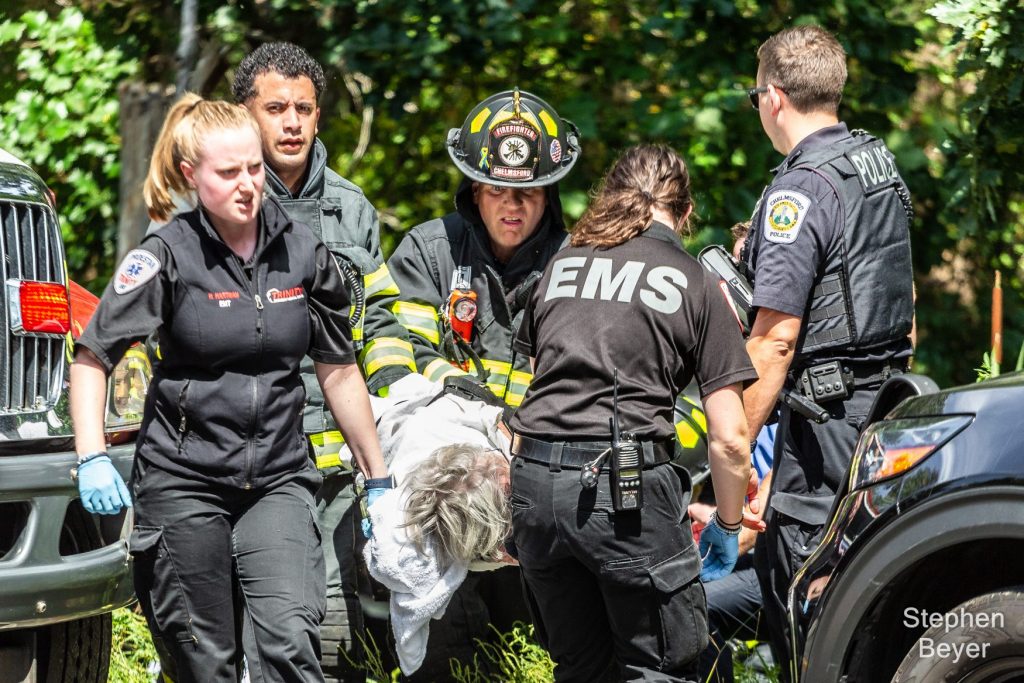